Reddit’s looking to improve its algorithm matching and spam detection, with the acquisition of machine learning platform Spell, which will enhance the platform’s capacity in various ways.

Spell enables teams to run machine learning experiments at scale, which will provide more capacity for Reddit to build its understanding of what works, and how to optimize its systems to ensure best results, both in topic matching and misuse detection.

“With Spell’s technology and expertise, we’ll be able to move faster to integrate ML across our Product, Safety, and Ads teams. Team members from Spell have joined Reddit and will support existing and spearhead new ML projects across the company related to how we identify and classify contextual relevance, organize conversations, customize ad placements, and protect communities.”

That could help to ensure that users are shown more relevant posts and updates, which will improve Reddit engagement, and could make it a more compelling app to compete with other platforms.

Spell, meanwhile, has outlined how it will contribute to the Reddit experience, with its automated processes enabling a better, safer process.

“Reddit is a special place: home to a vast diversity of subreddits dedicated to every interest imaginable, it hosts more real human discussion and connection than any other site of its kind. Reddit’s mission is to bring community, belonging, and empowerment to everyone in the world, and we believe achieving that mission will require a platform that can better understand content, communities, and users.”

It could be an important step, because based on Reddit’s communicated audience data, it actually seems to be losing ground, as more users switch to TikTok for trending memes.

At the end of 2019, Reddit reported having 430 million monthly active users, which it altered in 2020, instead reporting 52 million daily actives. There’s no definitive correlation between daily and monthly usage, so only Reddit would know for sure, but that likely points to a decline in users – unless only around 12% of its monthly users are logging in on a daily basis. 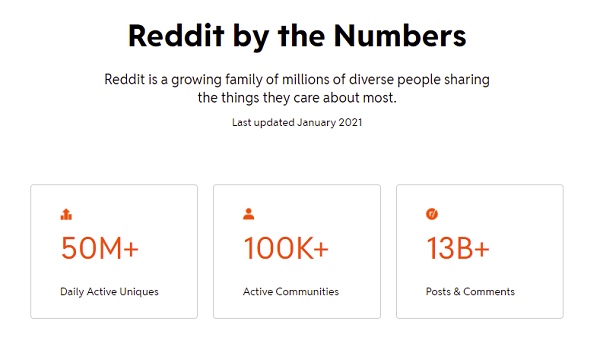 That seems to suggest that Reddit’s user numbers are in slow decline, which is why improved contextual matching could be a big addition, helping to showcase more of the best content to each individual user in the app.

Because there is a lot of good stuff on there, relevant to specific interests. Reddit just has to get better at presenting such – and as we’ve seen with TikTok, the capacity to highlight the best, most relevant content to each user can drive huge engagement benefits.

Reddit operates in much the same way as TikTok, with its ‘Popular’ feed taking the best content from all across the app, as opposed to confining your experience to only the subreddits and/or users that you follow.

Given this, Spell’s systems could be just the thing it needs to optimize its process.